“A child can teach an adult three things: to be happy for no reason, to always be busy with something, and to know how to demand with all his might that which he desires.” 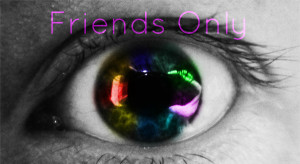 Most of my entries will be friend's only, so please comment to be added (and let me know how you found me, too).

Currently, I'm writing for a living, and I have one book out now titled Femmes du Chaos. You can also read some of my articles over here, or just check out my official website.

If you add me in other places, please send me a message telling me what your LJ username is so I can put a face with a name.

I repeated my name, “Sophia.”

The machine beeped and booped and made several disgruntled sounds before repeated.

“Error. Technician on the way.”

The line behind me was growing. I stepped aside and let the others check themselves into the system. Todd, the tech guy stepped out from the back. As soon as he saw me standing to the side, he let out an audible groan.

“Why hasn’t the system updated to my name?”

He used my full model number, not just the shorthand, which meant he was getting frustrated. But he wasn’t the only one.

“I told you, I refuse to go by a number. My name is Sophia.”

Todd rolled his eyes and wrote something down in his little black book. Notes about me. Probably scheduling another repair or reboot. Not that the last one changed anything, it was merely like a vacation where my systems were shut down. The update did improve my memory functions, and eliminated an annoying messages that kept popping up in my head trying to sell me viagra.

“I’m going to check you in manually, for today. But I’ll send you a notification to check in with tech support this afternoon for another reboot.”

The Sheep Are a Distraction

CW: Drunk driving, alcohol-related deaths, and the death of children.

Parisians are so rude.

CW: Mention of death that sounds like suicide, but isn't.

Hey, if I encouraged you to sign up for LJ Idol for the first time this season, would you kindly let me or Gary know? Apparently I can get an extra bye (a week off essentially) if I recruited two newbies to play. I know a few of my friends are playing this season, but not sure if I’m the one who introduced the idea to you or not.
Or if you haven’t signed up yet, there’s still time - you have until 7 pm EST today. Just let me know if you join for the first time :)

Many of you have no clue who I am, and that’s good. I like that. No, in fact, I love that. Some of you may recognize my name but remember little else. That’s good too. For those who do remember me, I almost wish you didn’t. I wish I was coming into this world a nobody, to have no one know anything about me. I almost set up an alt, but I’m too lazy for that. Besides, I’m sure most people have no freaking clue who I am anyway, so we’re all good.

Seven years is a long time to be away. In that time, my life has changed several times over. I don’t even recognize the girl who wrote my entries seven years ago. I cringe at the thought of how I acted back then.

Some of you may remember me as a Midwestern girl who packed up her life and moved to California. Today, I’m writing this entry from an apartment in Paris, eating French cheese on crackers and drinking some fancy lemon-flavored water. This is my new home, at least part of the time. Soon, it will be my full-time home.

Others of you may remember me as Annabelle’s dog mom. You may remember how much I talked about her, how she was my entire world. She was my emotional support animal, the reason I’m mentally stable today. Sadly, my sweet beast passed away only a few months ago, and I’m still not dealing with it all that well.

Maybe I’m overthinking this, but I feel like too many people remember me for my emotional state back then. I was not in a healthy mindset. There was so much self-loathing inside of me that I felt like I might burst with it sometimes. I relied too much on validation from others, I felt like I had to win in order to be worth anything in life.

But something shifted inside of me once I turned thirty. The older I get, the more comfortable I am in my skin, and the less I rely on others for validation or approval. It’s been an amazing transformation and looking back, I don’t even recognize my old self anymore.

The drama from the past is water under the bridge as far as I’m concerned. I couldn’t care less about it - and own my role in at as well.

I write for a living now - seriously, I’m a full-time ghostwriter. The old me would never have expected that turn of events, but here I am. I’ve written countless books over the years, many of which have become Amazon bestsellers. My writing has improved tremendously. I still deal with imposter syndrome a lot, and I don’t think I’m the best writer or anything - but I know I’m good enough to get paid for it. I’m happy with that.

Other general info for those who don’t know me: I’m mid-30s. I split my time between Paris and Los Angeles. I have two cats but live with a total of four. Oh, and we have three guinea pigs here in Paris too, can't forget about them. My boyfriend is French, and we met online. He’s autistic, and I’m going to be seeking a diagnosis for myself in the near future. I’m definitely not neurotypical. I’m a bit socially awkward, so good thing none of you will be meeting me in real life. My sense of humor can be a bit dry (and dark) at times - people often take me seriously when I'm joking. I'm hardly ever too serious, except when I am. I also tend to write dark fiction - my brain is pretty twisted and disturbing, but I promise I'm actually pretty optimistic most of the time.

Just a fair warning, my life is super busy - I am always working or traveling. My entries will likely be early drafts, as I don’t have a lot of time to edit and proofread over and over again. This is meant to be fun for me, so I’m not going to be a perfectionist. But I will always strive to put out the best possible work I have time for.

And I’m always looking for new friends, so feel free to add me.

You know, it feels weird to be back in the Idol world again. I know the game itself has changed over the years since I played, and God knows I've changed too. I think back on my old self and cringe, trust me. I was not in a good headspace back then. That's why I took many years off from it - I needed validation so badly back then. I was an emotional wreck. Therapy and growing up helped a lot, trust me.

I'm not the same person many remember me to be. These days, I make a living writing. I get paid fairly well for what I do, and I'm in demand. Most of the books I write for clients are number one on Amazon in several categories. I don't really need Idol to tell me I'm good enough anymore. I don't really care what folks think of me, honestly. I get paid to write and readers enjoy my books. That's all that matters to me anymore. I don't plan to check the polls. If I promote my work, it'll only be because I'm proud of what I've written and want to share it. I don't have any intention of promoting just to get votes. I'd like to stay in a bit, to get my voice back, but I'm pretty sure I won't have much time anyway, so... yeah. Not a huge concern for me to get voted out or anything.

I look back on my old work and cringe at that too. I thought I was good enough back then, but truth be told, I wasn't. I put out some good stories, sure, but a lot of it was not up to snuff for how far I'd gotten. And that's another thing -I don't care how far I get. I'm planning on either byeing out or dropping fairly early since I don't really have a lot of time on my hands. I really shouldn't be doing this - especially as I'm trying to move from the US to France within the next few months. I write so much for work, my brain is often mush - and my paid work will always come first. It pays my bills. If my clients ask me to do extra work, or I fall behind on my work (which let's face it, I always do because of my ADHD), then Idol gets pushed on the back burner. My boyfriend and spending time with him while I'm here (Idol happened to start while I'm visiting him in France) is more important too. I don't get to see him as much as I'd like (though I am here every few months, it seems, it's still not enough. Our time together is precious). It's going to be something I do in my very little free time, and if it becomes too stressful or no longer fun or easy for me to do, it'll have to go.

I'm not as competitive as I used to be either. No more alliances, no more strategy. I'm doing this for one reason - I want to write for myself again. My paid writing gets to be so boring after a while, I feel like I've lost my creative side. I'm hoping Idol brings that back for me. And I hope to meet some new friends on LJ since I'm using it more. I'd love to find other active users to read and talk to here. If anything, Idol will give me plenty to read. I'm trying to replace a mobile game addiction with Livejournal, and I'm tired of getting so pissed off at folks on Facebook. I want to socialize online, to read about people's lives and to share my own life in a way that just doesn't work on Facebook. I have a feeling most of my Idol pieces will be fiction (I feel like I've told most of my most interesting true stories in Idol already and don't want to repeat myself, and there are other things I won't talk about in Idol out of respect for someone I know through Idol), but my day-to-day posts will still be about my life. This is why I'm interested in friending people who are looking for more interaction on LJ outside of Idol.
Collapse